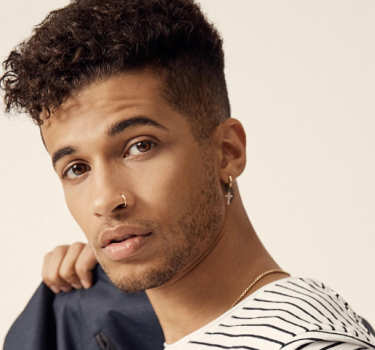 With Sing The World right around the corner we would like to spotlight our celebrity host Jordan Fisher! We will be in Walt Disney World December 10-13 for our All-New massed choir performance at Epcot® where our amazing high school choirs from around the world will take the audience on a multicultural musical journey, celebrating different cultures and showcasing cultural unity through songs of inspiration, hope, and respect.

Jordan Fisher has also had a decorated musical career since he released his first single, “By Your Side” followed by “Never Dance Alone” and “What I Got” back in 2014. In 2015, Jordan Fisher sang two versions of the song “True Love” on the TV series “Liv and Maddie” and signed a record deal with Hollywood Records where he released his first label record “Counterfeit” on February 1st, 2016. Two months later Jordan released the single “All About Us” which would be included in his self-titled debut EP. Jordan has also had two songs in the movie “Grease: Live” as well as singing the end-credits duet “You’re Welcome” with Lin-Manuel Miranda in the animated Disney film “Moana”

We could not be more excited to have a bright, talented star like Jordan Fisher join us in Walt Disney World for the holidays this December, and we hope to see you there!

As the seasons begin to change and we begin to enter the fall, we wanted to take a look back to the magic that was summer 2022, starting off with...
Read more

Hear what Dancing with the Stars Celebrities say about our events!

What a memorable summer DTW 2022 has been! From Disney, to Broadway, all the way to Nashville, our dancers truly rocked every stage and our stars had a great time...
Read more

With Dance The World Broadway 2022 approaching and the continuous changes in the nation during this pandemic, we decided to give you some fun and exciting ideas to try in...
Read more